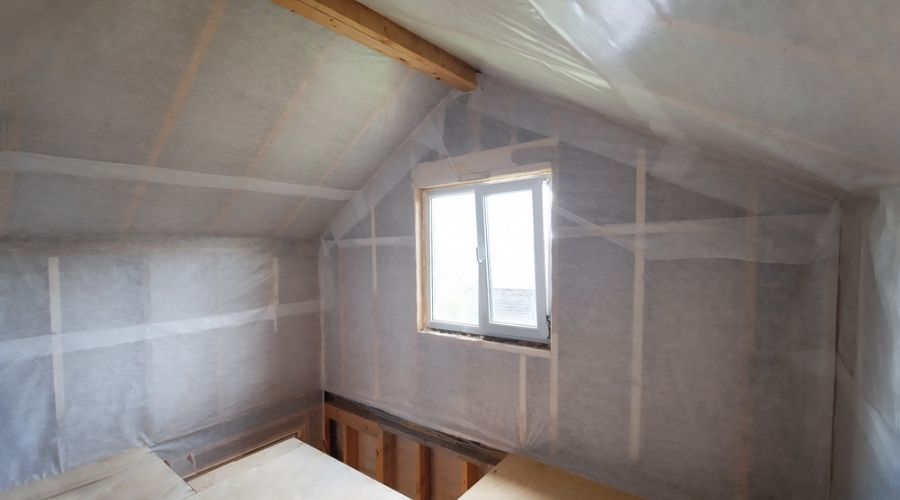 Basement vapor barrier, yes, or no? It’s a question that homeowners have asked for decades. Every homeowner wants their house to be a safe, happy place for themselves and their family. One way to ensure that is by properly maintaining your home’s insulation.

When it comes to basement insulation, there are two main options: installing a vapor barrier or not installing one at all. In this article, we’ll explore the pros and cons of each option so you can make an informed decision on which route is best for you and your home!

What is a Basement Vapor Barrier?

A vapor barrier in a home is a material that prevents moisture from entering or exiting through your basement walls. The most common vapor barrier types are plastic sheeting and polyethylene film, which you can easily purchase at hardware stores.

How Does It Work?

The purpose of a basement insulation system is to reduce moisture levels within the walls and floors of the basement. Walls are made of cement, which is porous. This means that moisture can quickly move through the walls, leading to mold and mildew growth.

A vapor barrier will prevent this by creating a physical barrier between the wall and the environment.

Vapor barriers are classified into three classes depending on permeability. Class I vapor barriers are the best at preventing moisture from entering or exiting walls, but they also cost more than Class II and III.

A Class I vapor barrier typically has a permeability of 0.1 perms. This type of barrier is impermeable to water vapor and is the most effective at preventing moisture from entering or exiting walls. They include the following materials;

A Class II vapor barrier typically has a permeability greater than 0.01 perms. This class is semi-permeable, meaning it is not entirely impermeable to water vapor. These include the following materials;

A Class III vapor barrier has a permeability of greater than 1.0 perms and is considered permeable to water vapor. Materials that fall into this category are typically less expensive but don’t provide the same level of protection as a Class I barrier.

Materials that can act as a Class III vapor barrier include;

Basement Vapor Barrier Yes or No

Having a basement barrier is extremely important and should be a significant focus during the construction of any new home. The vapor barrier will not only reduce moisture levels that can lead to mold, but it will also protect your belongings from water damage and keep you safe by reducing carbon monoxide emissions.

Benefits of having basement vapor barrier in your home

Below are some of the benefits of having a basement vapor barrier:

Cons of having basement vapor barrier in your home

Below are some disadvantages to installing a basement vapor barrier:

Although installing a vapor barrier is cheaper than repairing the damage from mold and mildew growth, it can still be expensive. Depending on the size of your basement, you may need to purchase additional materials or have multiple barriers installed for it to work correctly.

In addition, barrier clogs easily with hair and dirt particles which will cause water leaks over time. Not a big deal if you have a sump pump, but it cannot be easy to cleanout.

2. Only one option for basement insulation.

If you choose not to install a vapor barrier in your home, the only other option is to allow moisture into your basement and flooring with no protection whatsoever!

It can be challenging for unskilled homeowners to properly install the vapor barriers without getting them wrong, which will lead to further problems down the road. If you do not know what you’re doing, it’s best to hire a professional.

6. Most installations are limited to new buildings

If your home is already built, you will not be able to install a vapor barrier without tearing down walls and doing some extensive reworking.

Cons related to not having basement vapor barrier in your home

Every homeowner needs to protect their home from moisture and humidity damage. The best way to do that is by installing a basement vapor barrier!